Pam Ferrier finished her daily chores. Earlier that morning, she expertly climbed up the ladder onto the gravel-coated roof of their tiny rental house, dragging a water hose. She sprayed the reed mats on all four sides of the swamp cooler, then descended the ladder and went back into the house to check for any wet spots found on the hallway floor that might have escaped the shallow drip pan. Happily, after not noticing any problems, she switched on the cooler and basked in the breeze of cool air that the rotating cylinder on the roof created.

“Evaporation is a cooling process,” she whispered, quoting from her science book for thirteen-year-olds.

Later that evening, as she warmed up her throwing arm on the softball field, Pam looked across the street at Billy Sol Estes’ mansion and wondered if his family would be watching the ball game this evening. The mansion was huge compared to her house on Cactus Street. At the very least, an Estes’ servant or someone needed to watch the game to make sure that any stray balls did not encounter the house or windows. Then again, she thought, if they could afford such a mansion, a broken window or dented stucco did not concern them.

The second short-stop, Becky Evans, arrived on her bicycle and parked beside Pam’s bike. Taking her baseball mitt from the front basket, Becky asked Pam which short-stop position
she wanted to fill this evening.

“I’d like to play between second and third base, if you don’t mind,” Pam suggested.
“I’m fine with that,” Becky said and strolled off to take her place between first and second.

Pam liked their uniforms this year. The Blue Belles team wore pale blue, short sleeve shirts and black pants. Navy blue Ked sneakers with white Buster Brown socks completed the ensemble. Pam palmed her well-used baseball mitt. The mitt, medium brown in color and very supple, protected her hand as she caught a practice ball from the pitcher. She remembered that they were playing the girls from the Green Hornets tonight and knew they were a tough team. After all, it was only three weeks ago that the Blue Belles played them and lost…by one point.

Within seconds a large, black, paneled truck pulled up to the curb of the field and a dozen kelly-green girls spilled out, lining up behind the field for the opposition. Pam saw another kelly-green girl suddenly run from the Estes’ house and join the group.

The green girls in unison began to ‘buzz’ so they sounded like one very large, very nasty hornet. Their attempt at intimidation met with laughter from the Blue Belles.

“Honestly,” Pam mumbled, “let’s just get on with the game.”

That evening, by the end of the fourth inning, the Blue Belles were behind by two points. Pam thought the problem might be the proximity of the softball field to the Estes’ mansion.
Upon her thought, she saw Becky suddenly stand straight and look over at the house. Following her gaze, Pam watched two black Lincoln Continentals, with black windows, pull into the semicircular drive. Four black-suited men, with white shirts and skinny black ties, proceeded to step out of the cars, with their sub-nosed revolvers drawn. They hammered on the massive front door and then barged into the house. The ball players froze and watched the horrifying scene play out. Five minutes later, the four men lead Bill Sol Estes in handcuffs to one of the cars, threw him in the back, and drove away.

At that point, the Estes girl who’d joined her baseball team earlier, screamed and ran across the street into the house howling. Pam glanced at Becky whose father was the federal judge for the area. Pam, whose own dad was a U.S. Border Patrolman, walked over to Becky and asked what could possibly be going on.

Becky nodded her head at the house. “Dad issued a warrant for Bill Sol’s arrest. The Grand Jury decided this afternoon that there was enough evidence in the case to prosecute him for embezzlement of funds from the Cotton Co-op. Apparently, the guy took the farmers’ money and did not produce the anhydrous ammonia as promised. We’re talking several million dollars, and the cotton farmers need to start planting. With no fertilizer they don’t have a crop next year.”

“Shit,” Pam whispered.
“Yeah, the federales had to be involved because Billy Sol was paying the local guys to turn an eye. Looks like everyone got paid, but the farmers have no fertilizer. It don’t matter, everyone is going to blame us federales for the mess. Your dad knows about this because my dad talked with him earlier this afternoon. You know…Federal to Federal.”

“Shit,” Pam said once again.
“You’re so articulate, you know that?” Becky laughed. “Let’s get back to the game and use this lull to beat these ridiculous bugs and get home some time tonight.”
Becky was right; the Belles did end up beating the disturbed, green bugs by six points. As Pam pedaled her bike back home, she wondered if their coach could get that black truck for
transportation for a fraction of the cost, now that there was no patron to pay for expenses.

Having put her bike in the back yard inside the fence, Pam strolled into the kitchen and found her dad, Don Ferrier, watching television alone. She found an armchair beside him and set down.

“Did you win?” Don asked, never taking his eyes from the black and white TV screen.
“Of course we won. But we were greatly aided by the goings-on at the Estes’ house this evening. We witnessed ‘ole Billy Sol being carted away in handcuffs by the federales. The Estes girl became hysterical; we took the advantage and won the game,” Pam said smugly. When there came no response, she cleared her throat and asked cautiously, “I wonder why you didn’t bother to tell me what would be going down, since you knew I’d be over there?” she asked
quietly, not wanting Don to get too angry.

Don turned his head slowly. “That’s for me to know and you to find out,” he replied with a warning growl.

“I’ve already found out that you and Judge Evans talked about this earlier today when the Grand Jury indicted,” she whispered.
“Well, then, you don’t need to know any more than that.”
“Okay…well, where are Matt and Mama?”
“Huddling like frightened rabbits in their bedrooms.”
“Well, what else is new? Good night.” Pam ended their conversation with an angry sigh, and walked down the hallway to her bedroom—the only one that faced the front of the house—put on her pajamas, and went to bed.

Later that night, Pam was awakened by noise coming from outside the house in the front yard. It sounded like a lot of people stomping around the area; then, suddenly, there was a bright light shining through the window. She jumped out of bed and looked out to see their lawn was glowing with a huge, wooden cross alight with flames. Several men in white robes and pointy, white hoods and masks milled around the cross, chanting something she couldn’t understand.

“Geez-us,” she whispered. “They’re going to set the lawn on fire. I didn’t get to water this afternoon. It’s a tinderbox out there. Stupid men.”

She put on her slippers and ran out the front door shouting for them to be careful of the dry grass. Racing to the outside water faucet, Pam turned on the water. It surged through the water hose, and she began to douse the flames, all the while screaming at them to stop and be careful with the dry grass.

The white-shrouded men froze and looked at the girl trying to erase the flames with water. One of the men spoke, “Get in the house, girl. This is not your concern.”

“It sure as hell is my concern. This is my yard and my job to make this lawn look good. You all are not helping one cotton pickin’ bit by setting the whole thing on fire. You get out of
my yard right now,” she threatened by pointing the water hose at them.

“You all best take the girl’s advice and clear out of here now. This little show is over.” Don said from the front door as he aimed his .44 Magnum at the white robes.

“You’ve been warned federales. We don’t want federals botherin’ with our business. You already mess with our laborers with your damn immigration program. It’s not your place to mess up this business,” one white robe warned.

“You guys are all wrong; kinda stupid, too. It’s not federals who are messin’ with your agribusiness…it’s your Co-op that contracted with a crook. Don’t blame me if, suddenly, you don’t have fertilizer for your cotton. You’ve been duped by Estes not federales. You’re not going to have any immigrant labor next year, ‘cause you’re not going to have any cotton. Now get off my property or I’ll kill every damn one of you. Move,” Don growled.

Pam knew when her father was angry, and he was very angry at that moment. The white robes moved off the lawn, climbed into their trucks, and sped off.

“Just like those sons-a-bitches to leave me to put out the flames and tidy up,” she swore.

She heard Don laugh and turned to see him standing on the front porch with no shoes or shirt, clad in khaki trousers and putting the gun away in the waistband of his trousers.

“Hurry up now and put that fire out. The whole neighborhood is watching you from their windows like scared chickens. I’ll take down the cross in the morning when it’s cooled off a bit. Goodnight, and well done!” He saluted and turned back into the house.

“Geez-us H. Christ, we’re the laughingstock of the whole neighborhood. What else is new? Why did those assholes pick on us?” she roared.

Only when she was back in bed thinking of the incident did she start to shake with fear. Unfortunately, the rancid feeling did not leave when the sun came up and the charred cross became testament to communal failure. 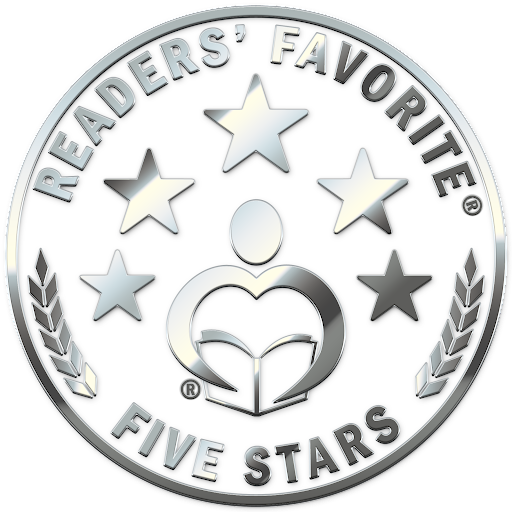 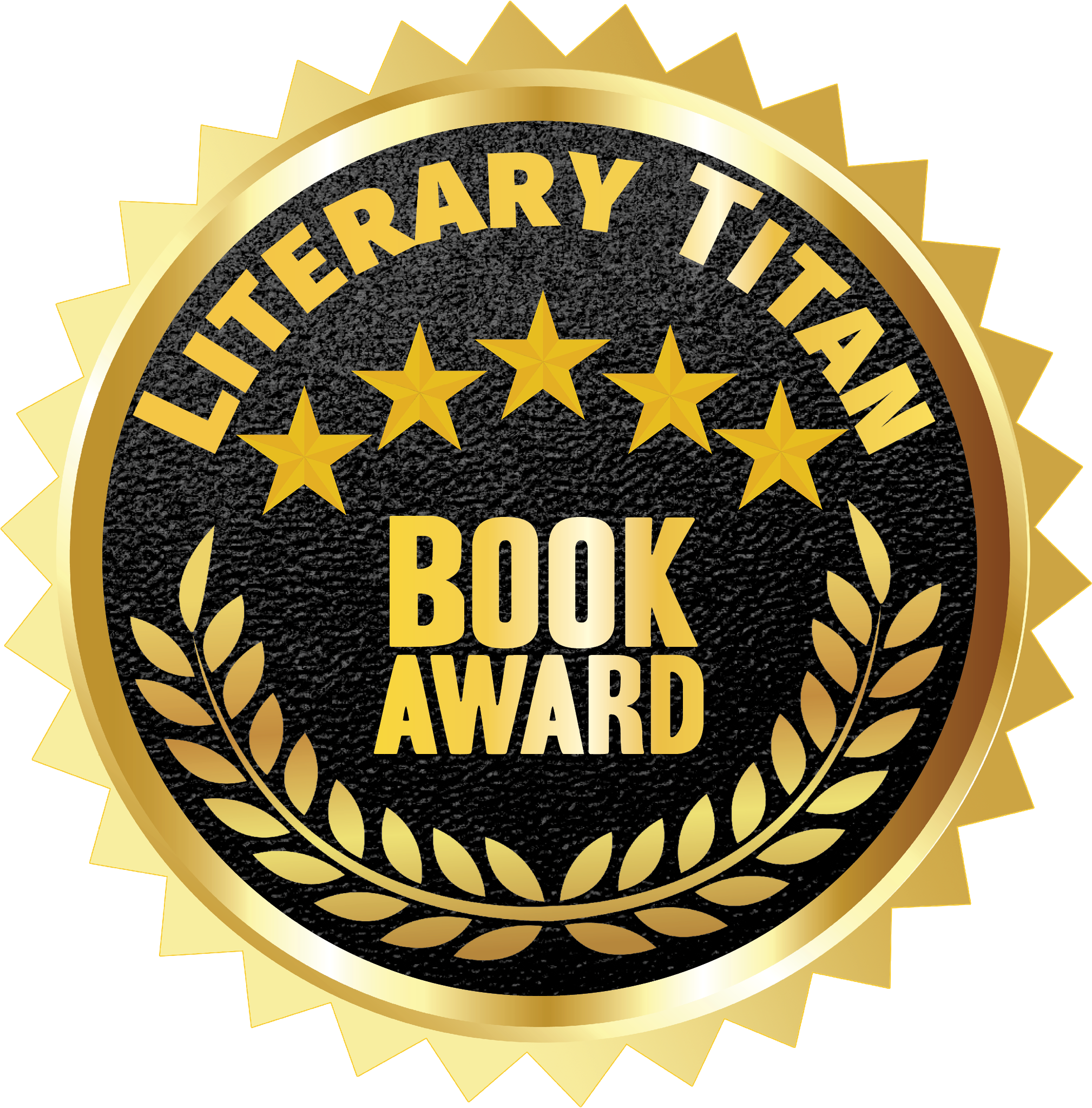